I currently have and maintain a Black Templars army in excess of 9.5k points.  There are a little over 250 space marines and about 20 vehicles in my Crusade.  However, a lot of them are unpainted (blasphemy, I know!).  Most of the ones that currently are, were painted when my skill level was quite low and I didn't quite grasp the advanced painting techniques yet.  As such, you won't see them shown here.  When I finish squads, vehicles, or independent characters, I'll post pictures here on the BT Gallery.

Below, you can find a small sample of my fully painted crusader squad in its old color scheme.  Originally, I was going to be using the standard cream color for the tabards but I found this scheme somewhat boring and overused.  I also don't care for the chest eagles, as they just seem too white to me.  Bases will stay the same, with some sand and clumps of scorched green static grass to simulate desert landscapes.  Overall, I was pretty pleased with these paint jobs and was the first squad that I was actually satisfied with that uses the "new" Black Templar upgrade pieces.  Some of these pictures show models that have not yet received highlight jobs.  I do intend to do this in the near future, so no worries.  :)

You'll also notice that there is an Emperor's Champion model in this photo gallery.  He was one of the first Black Templar models I painted, and while the paint job is...okay...its nothing spectacular.  I was rather disappointed with how the clear coat turned out on the model and the Maltese Cross gave me fits when I tried to freehand paint it (and it still does to this day).  In the end the lack of shading, highlighting, and just plain lack of skill makes my head hurt.  So I'm redoing him with the new color scheme.  Lysanthir deserves for me to take time and effort on him! 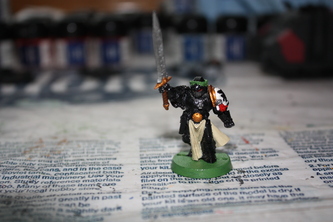 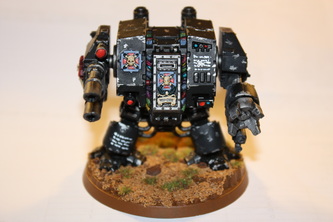 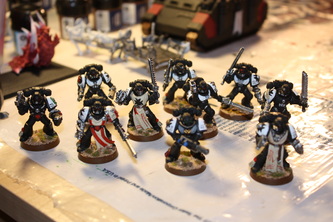 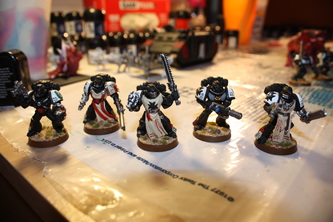 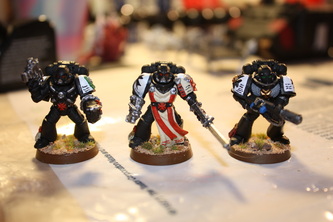 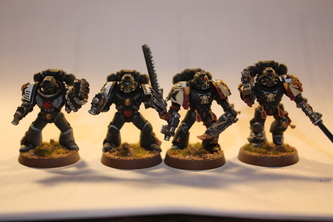 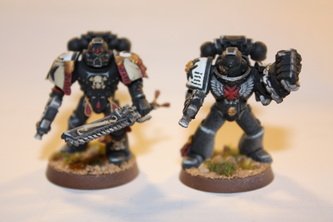 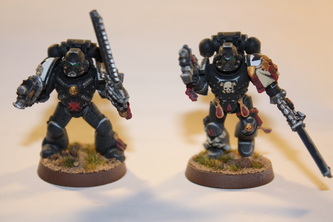 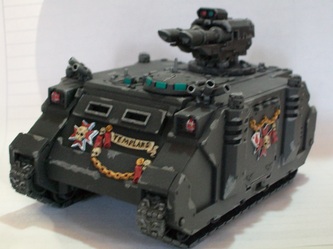